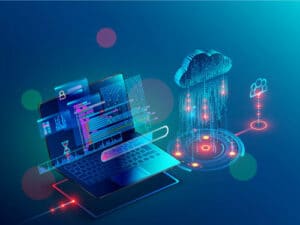 Website hosting is a recurring cost for any company. So why not cut costs and go with the lowest price?

Even reputable hosting companies offer cheap hosting…say around $10/month.  The hosting company has a good reputation.  Seems like there is no point in spending more money just to get your website shown on the internet, right?

Well…as with most anything…how much you pay for something typically determines its value.  Let’s look at two scenarios…

Bob decides to save money and go with cheaper hosting.  Everything seems fine at first.  But over time, Bob notices that your website is running slowly and some images aren’t showing up like they used to.  Now, Bob’s website is on a server with several other unknown websites.  If one of those websites doesn’t have sufficient security built in, it most likely will become hacked (did you know that there is an attempted attack on websites every 39 seconds, on average?).  A hacked site typically has a virus, and you know what viruses do?  They spread…to all the other websites on that server. Hopefully, Bob’s website will be secure enough on its own to not ‘catch’ the virus.  How much time and money will Bob end up spending to repair his website?  That doesn’t even include the damage/lost sales/lost confidence/lost sales transactions that has occurred due to downtime, unreliable uptime, etc.

Susan researches and decides to spend the extra money each month to host with a premier provider.  She sleeps well at night knowing her website is:

Moral of the story: Be Susan…she stayed young while Bob aged quickly.

Remember:
On the internet, your company’s website is your business’ reputation.